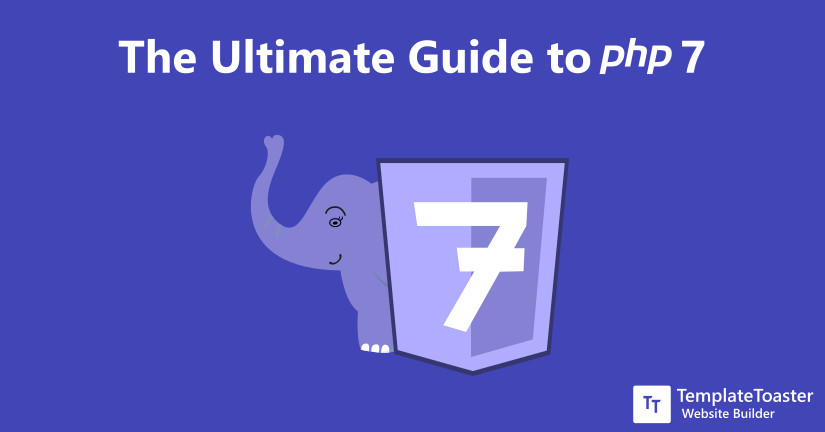 Most of the people have the feeling of knowing something or having access to something that not everyone else has. They have an undying thirst for knowledge. And to fill the bill here is everything you need to know in PHP 7 Tutorial, features, compatibility, and performance.

It has been a while that PHP 7 was released and for any web developer who works with CMSs such as WordPress, Joomla, Magento, Drupal, this new release is no less than a treat. You can refer to this article if you want to Upgrade WordPress to PHP 7. And the security improvements in this version alone make upgrading to it worthwhile. Here in this TemplateToaster website builder blog post, I will get you started with this all-new version.

By the end of this tutorial, you will have the firm understanding of the PHP 7 features and will be confident enough to upgrade to this version if you still haven’t.

After more than a decade in December 2015, it got released. And since then it has become the talk of the town. Because version 7 has covered all the ambiguities of the previous versions.

With this major step, various new powerful features and performance upgrades were introduced. The release of PHP 7 had eradicated all the depreciated functionalities. The major issue like compatibility breaks causing problems while migrating to the newer versions has now been resolved.

It is a server-side scripting language best suited for web development. It is the newest and the most promising release of this programming language. Various improvements and changes in this newest version have enormously increased the performance of the websites and web apps.

The all-new version claims 100% improvement in performance speed over the previous v5. And this improvement in speed has certainly enabled developers to deliver the sites that respond as quickly as the request comes.

It is no secret that the launch of v7 has raised the bars of the web development field.

What are the PHP 7 features?

As mentioned above, tons of advanced features have been added to it. Let’s take a tour of the most noteworthy ones.

This v7 has the most powerful impact on the performance as it consumes very less memory and it is twice as fast as PHP 5. It requires less time to serve the same number of requests.

The all-new remarkable Zend Engine has been introduced. Another key thing to remember is that an advanced PHPNG engine (where NG in PHPNG stands for Next Generation) or Zend Engine 3.0 has changed the execution surprisingly. Apparently, it improved the memory utilization to the next level. And you can easily serve more concurrent users without any additional hardware help.

Every developer wants to avoid the unplanned return values. Isn’t it? Well, it enables you to overcome such flaws and to improve your code. You can achieve this with the help of return type declaration.

I assume you can very well differentiate between an error and exception. And it is a major relief for PHP developers. The annoyance to handle the fatal errors in the PHP 5 was quite high and this is where it comes to rescue. It has the replaced some of the major errors with exceptions which are easy to tackle now. However, it does not promise that your visitors will never encounter errors. But there are fewer chances of the user interruptions.

The previous editions did not support 64-bit integer or any large file, but with the introduction of edition seven, the entire process has changed now. It has a 64-bit system architecture that can handle any big size file including a 64-bit integer.

PHP7 comes with two contemporary operators which are as follows:

Null Coalesce Operator is used determine if a variable exists or not. If it does, it returns a default value else it returns the left operand. This if-set-or operator uses notation as ??.

Spaceship Operator is associated with less-than and greater-than operators. It compares the left side values to the right side values on the greater than, less than or equal to basis.

Do you want to work with PHP7 and have it to be backward compatible? This release has removed many deprecated functions. The Zend engine is re-designed that not only help in the smooth execution but handles the exceptions as well. Many fatal errors have turned into the exception in the Hypertext Preprocessor edition seven.

However, the removal of legacy functions leads to the creation of few breaks in the backward compatibility. And these breaks made it harder for older applications to migrate to the latest edition.

And this makes some people curious to know that “How to migrate from PHP 5 to 7 ?” I’m sure the below explanation will clear that too.

Migrating from PHP5 to PHP7

On the other hand, there are still many applications that run on the old versions and are not taking advantage of the modern features from the latest rendition. However, all the measures have been taken to make sure that the migration from PHP 5 to 7 should be as painless as possible.

Many developers haven’t made the switch because of the fear of compatibility. The misconception that the migration will take efforts and time has been stopping the developers to switch.

Whereas, migrating is no big deal. You can achieve that in a few simple steps without losing your valuable code and efforts. Just in case you are using rendition 4, then you are required to make some syntax changes in order to migrate to edition seven.

Just make sure while switching, your code includes integration test and units. These test must be capable enough to detect an error with your application.

Now this is the time to Switch to PHP 7

This is the right time that you should upgrade to PHP7 and witness the power of performance. Despite this, there are many web developers who are still not sure of upgrading but the veteran web developers are quite sure that this advancement in the technology will surely attract the popularity in near future.

I’m sure by now you have got a fair knowledge of PHP 7 features and the doubts must have gone away. Whereas, if you’re still using the older edition, then it’s the high time to switch to the latest version. If you’ve any doubts then drop me a message in the comments below. Your thoughts and opinion matters to me so don’t forget to share.I will do my best to clear all your doubts. you may also read How to code your first PHP Web Page , Best PHP Frameworks  and PHP cheat sheets. 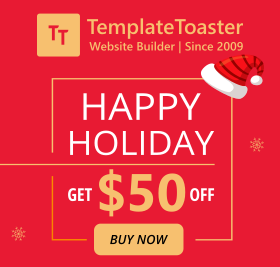